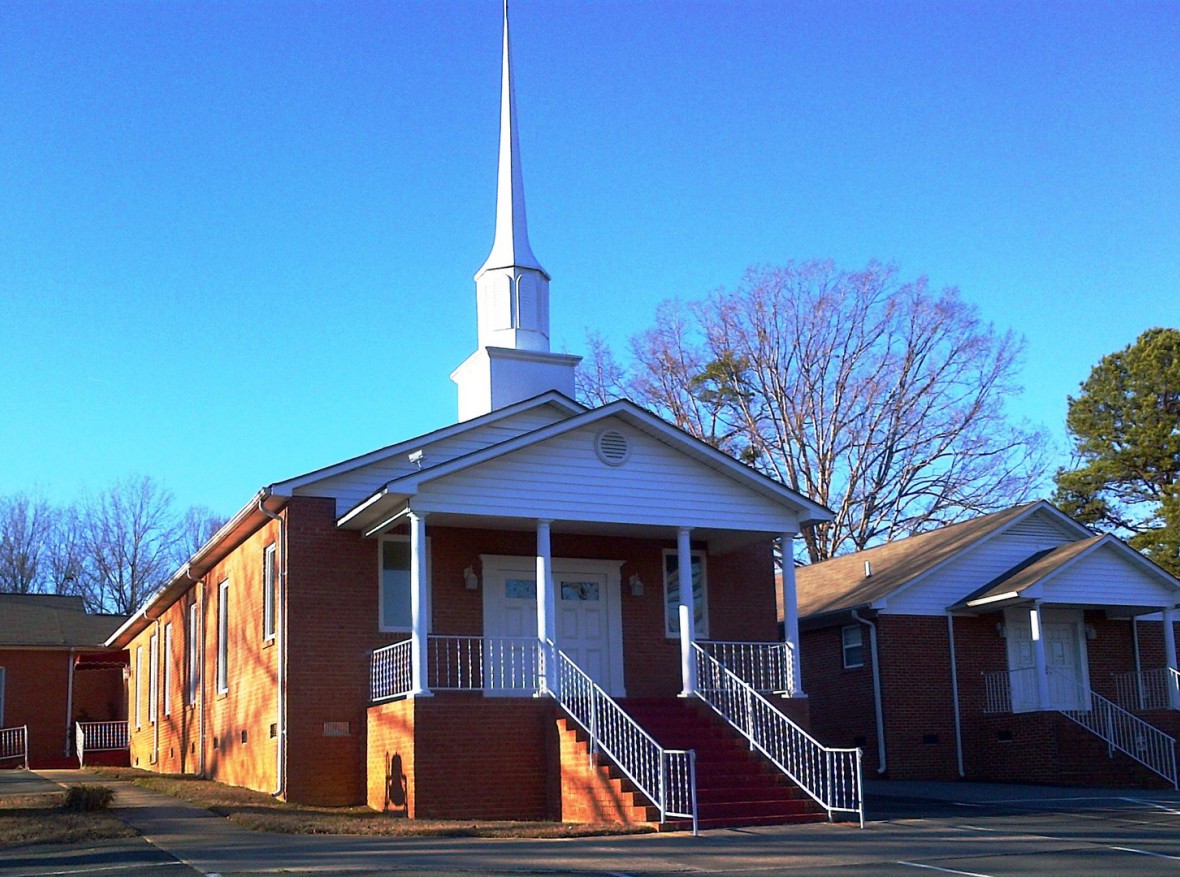 Watts Grove Missionary Baptist Church was organized in approximately 1886 by Mr. Frank Watts. The church was located amongst a grove of trees. From time of organization through 1937, some of the early families were the Watts, the McCroys, the Ellises, the Marshalls, the Bogans, and the Masseys. There were many ministers who were very instrumental to the church. Just to name a few: Minister W.K. Bennett, Minister John Crawford, Minister Isom Lyle, Minister S.W. Waddell, Minister Sam Cappel, Rev. Lonnie Allen, Rev. Parson and Minister Gus Horn.  Some of the early Deacons were Dec. Allen Alsobrooks, Dec. J.J. Marshall, Jr., Dec. J.C. Massey, Dec. Robert Alsobrooks, and Dec. Louis Wadsworth.

During the early 1940’s, Rev. Gamble became Pastor.  Under his leadership and God’s blessing, the sanctuary was remodeled.  A few years later, the church was destroyed by fire.  After the fire, our services were held at Gordonville Missionary Baptist Church.  Somewhere around the mid 1940’s, Watts Grove was rebuilt.

Some of the families who were instrumental in getting the church rebuilt included the Redfearns, the Crawfords, and the Glenns along with a host of other dedicated members.  The Deacons were Dec. George Redfearn, Dec. Will Crawford and Dec. Walter Winchester.  Rev. Walter Bailey was our next Pastor.  He served from the late 1940’s to the early 1950’s.

The Church was without a Pastor for a few months.  Worship services were held each Sunday under the guidance of Minister Walter Winchester, Minister Shirley Winchester, Minister Anderson and Minister Mildred Sturdivant to name a few. In 1988, Rev. Donald Robinson was selected as our next pastor. Our membership continues to grow every year.  In the fall of 1992, God enabled us to begin building our long-awaited Educational Building , which included 4 classrooms, a finance room, 2 bathrooms, and 2 new heating and cooling units.  In July of 1993, we made the first payment on a 7-year loan.  By early spring of 1995, the loan of $77,000 plus, had been paid off in less than 2 years. This building was dedicated for the teaching and learning of His Holy Word.

Again God gave a vision in June 1996.  Renovations that would exceed $100,000 began on our Sanctuary.  The front was extended by 25 feet, carpet was added, new seats for the addition, new pulpit furniture, hymnal racks were added to the backs of each seat, a high baptismal was added, a PA system was installed and new windows were also installed.  While the renovations were going on, the Fellowship Hall was set up as a place of worship.  The Holy Spirit was in the place as Pastor Robinson delivered the inspired word of God, walking back and forth between the 2 dining rooms.

After our 109th Church Anniversary, we came to $200 to $300 short of our projected goal.  The following Sunday, Pastor Robinson appealed to the congregation after the tithes and offerings had been received to give the amount to meet our goal.  As the plate was passed, you could see God moving in everyone, even the little children as they put in their pennies, nickels, dimes and quarters. An additional $1200.00 was received that day.  We resumed services in the Sanctuary by the end of the 4th Sunday, December 22, 1996. With a $100,000 plus debt with a 15-year mortgage – let’s take a look at what God has done.  In April a 12-Tribe Program netted $2,000 and Men’s Day total of over $6,000.

God gave the women a vision to organize into teams.  That effort brought in $18,044.03 for Women’s Day.  God has surely blessed us.  From February 1997 until November 1997, we had paid a total of $53,000 on the $100,000 mortgage. In 2001, we added a new Fellowship Hall, purchased an organ and paved our parking lot. Deacons were Dec. George Williams, Dec. Wilson Covington, Dec. L.C. Davis, Dec. A.J. Winchester and Dec. Claude Morrow.  Associate Ministers were Minister Shirley Winchester, Rev. L.T. Hennighan, Minister J.B. Hough, Minister Mildred Sturdivant and Pastor Carolyn Winchester, who takes a very active role with us.

In 2006, the Lord gave Pastor Robinson another vision of adding a new van to the church.  But to see that dream come to pass would not be so. On July 14, 2007, after 18 years of dedication and commitment here at “The Grove” as he so lovingly called it, the Lord desired for His angel to come home, and called our beloved Pastor Robinson. As we celebrate our 123rd Church Anniversary on this 8th day of November 2009, our current membership is 164. Our Deacons are Dec. Terence Funderburk; Chairman of the Deacon Ministry, Dec. L. C. Davis, and Dec. A. J. Winchester.

As we move forward, with the Lord leading the way, our church family is striving to live the life that is pleasing to Him. One that will bring others to Him. A life of love, peace and unity. God said that He would never leave us, nor forsake us. As we awaited our next leader, we kept our trust and faith in Him. What a mighty God we serve! As we awaited the one that God had chosen for us, the church family continued to grow! The Lord heard our cry, as we constantly and consistently prayed together.

Our membership continues to grow! Church Ministries have flourished. Under the leadership of Pastor Erwin, some of the new ministries here are: New Members Ministry, Deacon/Deaconess Ministry Training Classes, Trustee Ministry Training Classes, and Married Couples Ministry just to name a few. In the summer of June 2009, our first Baby Nursery was formed here at Watts Grove. In July 2009, a new PA system was added to the church as well. God continues to bless us here at Watts Grove. With the aide of the Holy Spirit under the leadership of Pastor Erwin, we are expecting many more great things here. To Him be the glory, honor and the praise!

We're here to welcome you. Please stop by during these hours: